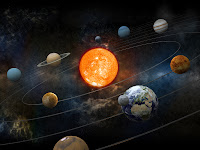 Mercury goes retrograde today in the sign of Leo! He has been preparing for this for the past week or so until today when he stations direct, and will be going backwards until August 8th. My greatest recommendation for Mercury retrogrades is not to take things too seriously or try to push ahead with new projects too much because you may well just find yourself frustrated! Also, be very mindful of how you communicate, because misunderstandings are more likely to occur while the planet of the mind and communication is going backwards! Mercury is known for being a bit of a trickster so it is important to remain aware of this during his retrograde periods because they tend to exaggerate that particular quality! We must be patient with our communication tools and modes of transportation, and remember that if something does go wrong or breaks down there is probably a deeper reason behind it if we care to look. It is a great time for inner reflection but not the best for outer communication.

The positive side of Mercury in retrograde is that it is a great time to relax the cerebral side of our brain and bring the more creative, intuitive side out to play, especially in Leo! Leo rules the heart and symbolises creative self-expression, so this could be a good time to take some time out and get in touch with the more playful, heartfelt, creative side of ourselves and let the more rational, analytical, organised side have a rest for a few weeks! Sounds like a good idea to me, especially as I for one have worked incredibly hard over the past few months on so many levels! This could be a good opportunity to reflect on what we have achieved in the past few months and play around with some ideas which we can then put into action when Mercury turns direct.  It isn’t the best time to start new projects; rather it is a better time to re-flect, re-view, re-organise, re-think, re-edit, re-consider, re-connect etc etc. Afterwards we can move forward with a good solid plan of action, but for now, relax and play!

Meanwhile Uranus has also just gone retrograde in Aries until  which means that we will be called to look within  and  review or reconsider what areas of our lives are stagnant and still need changing, because Uranus in Aries is currently asking us to have the courage to truly be who we are.  Uranus is the higher octave of Mercury, being the intuitive mind, and it is interesting that they are both retrograde at the same time, although Mercury’s effects are likely to be more personal and Uranus’s more collective unless Uranus is aspecting our personal planets. Whatever part of our life doesn’t feel right may well stick out like a sore thumb while Uranus is retrograde and we will feel a big push to sort it out. Uranus in Aries is asking us to be brave; to move beyond our fears and live up to our true potential, so the next few months may well highlight where we are stuck.

On Thursday night I went to a cabaret night, Mat Ricardo’s London Varieties, which was a wonderfully entertaining night and also gave an excellent example of Mercury retrograde in dramatic and theatrical Leo! One of the performances was a very funny comedic magic act which relied heavily on a sound machine with music and sound effects. Just as we were getting to the pinnacle of the performance the machine decided to completely erase every single track on it, much to the dismay of both the performer and the audience! He asked us if anybody happened to have “Love Hurts” on their phone or MP3-player and lo and behold, the person in front of me did! It was the wrong version for his routine, but he managed to pull it off somehow with a beet red face and graceful acceptance of his fate. This was a classic Mercury retrograde incident, yet while things had essentially gone horribly wrong on the technological side, he was saved by a member of the audience and won our hearts with the way he handled a very awkward situation. May we all have as much dignity and grace in the coming weeks as Mercury gets up to his usual retrograde tricks!