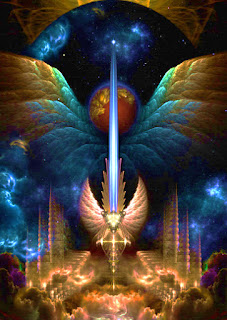 This is a very special new Moon that has the potential to bring some kind of spiritual upgrade and a continued shift in consciousness as we move into a more transcendental and connected way of operating in the world. Pisces invites us to live from a more sensitive, compassionate, intuitive, empathetic and loving place, whereby we “do as we would be done by”. Pisces is the part of us that knows that we are not as separate as we might like to think, and that what happens to one happens to us all. It is the part of us that experiences that beautiful sense of unity when we are all singing the same song at a concert; as if we are all singing as one. It is the part of us that can put ourselves in another person’s shoes and is willing to sacrifice our own comfort for the greater good. Pisces invites us to find true acceptance and to surrender to the flow of life, delighting in the synchronicities and truly realising what it means to be the co-creator of our reality.

Pisces is what is at play when we simply let go and give up control, allowing spirit to guide us where we need to go. Sometimes, when things are simply too much to bear and we honestly don’t know what to do and where to go, we have that moment when we proverbially “fall to our knees” and call out to the divine for help and guidance. And when we ask, with an open heart, to be shown the way, we receive an answer, in the form of a message, a sign, a moment of grace, an omen, an inner knowing or a feeling of deep connection and oneness. This Moon brings the potential for us to find a deep place of connection to the divine, as we are invited to turn inward and heed the whispers of our soul. This Moon is an ideal time to be still, to meditate and reflect on how we can be of service in this very special time on earth. Indeed, we might literally want to ask how we can be of greatest use and then simply let go so that the divine can work through us and we can live out our true dharma. It is time to find out why we are here.

Jupiter is sitting right next to the Sun and Moon in Pisces, bringing a sense of growth and expansion to the picture. Jupiter is very much at home in Pisces, helping to bring a greater sense of faith, hope and trust that we are somehow guided and protected. We are invited to harness the power of Jupiter in Pisces and ask for what we need. We can use our Pisces imagination to dream a new life into being! This is a very special time in our history, as we have an opportunity to open our hearts and see where we are guided when we just let go and allow something larger than us to take over. As long as any intentions or prayers come from a place of purity and altruism, we could find that we experience amazing synchronicities, serendipitous experiences, moments of grace and a sense of surrender and flow. Jupiter will be in Pisces until 11 May and will join Neptune in Pisces on 12 April, which could be a time of deep connection,awakening, transcendence, expansion and flow.

Venus and Mars are continuing their elongated journey through Capricorn together, and will meet up with Pluto, the planet of soul, transformation and power during this Moon. Quite a potent and powerful combination of energies! This is an important time in our evolution, which can help us to align our personal will and desires (Mars) with our higher will and soul desires (Pluto). Pluto combined with Mars can bring about superhuman strength and steely determination to achieve our goals, but can also bring up rage from the depths of our subconscious and actions that come from a very deep, unconscious and compulsive place. It is great for focusing our energy, but can also be quite ruthless, vengeful, war-like, cutting and obsessive.

This could be a time of considerable intensity within our relationships, whereby our true feelings are revealed and subconscious complexes are exposed. This combination could reveal the heart of the matter, bringing out any secrets or shadow material that we may usually find it easier to deny or hide from sight. It's hard to hide from the truth when Pluto is around!  Pluto can also bring out issues around control, manipulation, power and powerlessness for us to deal with in our closest relationships. Anyone with personal planets or angles around 27° of a sign will feel the energy of this Pluto, Venus and Mars conjunction most acutely, especially in the Cardinal signs of Aries, Cancer, Libra and Capricorn.

Something to note is that Pluto is the ruler of the South Node in Scorpio, while Venus is the ruler of the North Node in Taurus, and they are currently joining forces. Not only that, but Pluto, Venus and Mars are also forming a helpful and supportive aspect to the Nodes during this Moon. This very much highlights the current Nodal themes around finance, currency, the economy, self-sufficiency, living off the land, food supplies, banking, money lending, taking one’s power back, finding a more peaceful way of being and moving away from the drama and intensity that we have grown used to in the past few years - the feeling that the rug could be pulled out from beneath us again at any minute.

The Taurus North Node is calling us forward to a more solid connection to the natural world and greater self-reliance and the capacity to sustain ourselves with less reliance on those in power. Taurus is calling us forward towards a life of greater simplicity, urging us to get back to basics and leave behind the Scorpio South Node themes such as loans, mortgages, taxes, money lending, debts, secrets and power abuse in the banking and financial sector. Taurus invites us to strip it back and find a place of greater simplicity, self-sufficiency and self-empowerment.

Saturn and Mercury are also joining forces in Aquarius during this Moon, which could make it a little difficult to think positively. Mercury is the planet that rules our mind and the way we think and communicate, while Saturn represents control, limitation, authority, responsibility and discipline. As such, we may find that our capacity to communicate is somehow suppressed, limited or controlled, with censorship becoming more rife. Freedom of speech could also be curtailed, or at least it could become more obvious that it is. We may need to make some kind of weighty decision that has long term implications. With Saturn involved we could certainly find ourselves experiencing some kind of stark reality check that forces us to see things as they really are rather than how we would like them to be. The conjunction between Saturn and Mercury will be exact a few hours before the Moon is exact, and anybody with personal planets or angles around 18° of a sign will feel Saturn’s energy most acutely, especially the fixed signs Taurus, Leo, Scorpio and Aquarius.

The Sabian Symbol for this Moon, at 13° Pisces, is: “An ancient sword, used in many battles, is displayed in a museum”, which Dane Rudyar describes as: “Through the effectual use of his will a consecrated man can become a symbol of courage for all those who follow in his footsteps. Will power is the ultimate spiritual weapon, and its undeviating use is the certification of individual worth. Wherever found, this symbol emphasises the imperative need to make use of the will in meeting the basic challenges of the inner life as well as outer adversaries. Here we see singled out and strongly emphasised the one power in man which is an assurance of victory in the contests generated by social  (or occult) processes, in which he has become an active part. The individual must use that WILL POWER, yet it is not really his own once he operates at a spiritual level. It is God’s will operating through his mind, which focuses its thrusts. It is, occultly speaking, the power of the brotherhood – the energy of the Whole operating through the one-pointed individual who has made this Whole aware of the need for its use in a particular situation”.

This symbol is interesting - it seems to reflect the combination of differing energies involved in this New Moon. On the one hand we have the very refined, gentle, spiritual, sensitive and loving energy of Pisces, while at the same time we have the quite powerful, wilful, focused energy of the Pluto, Mars and Venus conjunction. Pluto and Mars can certainly help us to cut through to the heart of the matter, finding the courage and willpower to do whatever needs to be done. However, Pisces is calling for us to find a way to be of service to the whole and to allow the divine to work through us. This is certainly an important time to put some effort into our spiritual practice and to find our most effective way of connecting to spirit and dissolving ego. This symbol seems to ask us to align our will with the higher will of the divine, finding a way to serve spirit and help the whole. Again, we seem to be prompted to discover our true Dharma. Why are we here, right now, at this time on Earth?How might the Divine best make use of us?

The Sabian symbol for Neptune, the ruler of this Moon, is also very interesting, at 23° Pisces: “A “materialising” medium giving a séance.” which Rudyar describes as “The ability to give one’s own vital energy to substantiate one’s ideals or unconscious desires. The person who believes he or she has a mission or mandate, or any special gift that can be of value to his community, must substantiate this belief. He has to produce results. Sometimes this involves difficulties and special conditions or circumstances; it always demands to some extent the gift of some power of value which is deeply one’s own. Something precious involved in a deeply personal experience has to be surrendered, offered to others. The medium’s psychic substance provides the materials made visible in the phenomena, if the latter are genuine. After the séance, the medium is usually exhausted. The performer gives of his very life to the performance.”

This symbol certainly seconds the sense that we are being asked to somehow find a way of giving ourselves up to the divine and allowing it to work through us in service to the whole. This certainly could be a fruitful time spiritually, during the next month or so, as we move towards the Jupiter Neptune conjunction on 12 April! As such, it is a good time to do whatever brings us a deeper sense of connection to all that is, whether it be through prayer, meditation, breath work, music, dance, nature, song, art - however we find it easier to surrender, let go and connect to the bliss and find that sense of oneness. There are some challenging energies around that are more intense, tough and potentially destructive, but Pisces is calling us to turn inward and connect to our compassion, inner knowing, empathy, sensitivity, faith, trust and capacity for unconditional love. The power of love will always win.

“Love casts out fear; but conversely fear casts out love. And not only love. Fear also casts out intelligence, casts out goodness, casts out all thought of beauty and truth.” Aldous Huxley