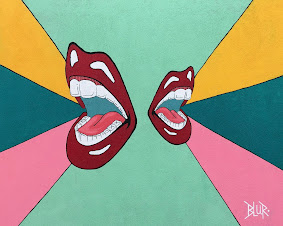 Sagittarius season is now almost coming to a close as the Sun gets ready to move into Capricorn on the Solstice, but before it does we have the Gemini Full Moon, which always tends to be a lively one! This is an emotional time of year as it is, not to mention that Full Moons tend to heighten our emotions and bring anything to a head that might have been simmering beneath the surface, especially within our relationships. There is some positive support from jolly and jovial Jupiter for this Moon, which is helpful, and a nagging aspect from Pluto, the planet of death and rebirth, so it’s a mixed bag kind of Moon. Gemini does have a certain amount of lightness to its step, helping us to connect, interact and communicate, but can also make everything a bit too “busy” as the pace quickens and we become overwhelmed by all the activity. Gemini always brings the potential for information overload!

As with every Full Moon, we have the Sun sitting directly opposite the Moon, highlighting the polarity of the two signs. In this case we have the Moon in Gemini, the storyteller, opposite the Sun in Sagittarius, the preacher. As such, we could find that people are very vocal and emotional indeed about their beliefs and opinions, expressing them with more emotional force than they might usually do. Issues around truth and lies could come up, as Sagittarius brings a search for the truth while Gemini brings the potential for duplicity and “double-speak”. It is so very hard to know where the truth lies in the current climate, so it is important to read between the lines. This Moon could amplify this energy, bringing it to a head, not to mention bringing out the preachers on the pulpit! Gemini can bring the gossip out in us all, so it is important to be mindful of how we speak and what we say to one another.

Ultimately Gemini reminds us that our thoughts create our reality, as energy follows thought. It is incredibly important to be aware of our thoughts and our beliefs about ourselves and life in general, because we tend to get what we focus on. When we dwell too much on what we are fearful of, we may end up manifesting the very thing we don’t want because that is where our mental energy is focused. Mindfulness and positive thoughts, however, can help bring in what we do want and need in order to grow. It is amazing what can happen when we change our mindset about something and how things start to change in our physical reality when we do. This is a great Moon to really become aware of how we think and speak, as we really want to reinforce positive change rather than getting stuck in limiting thought patterns and beliefs. Gemini is a mutable sign that encourages change, versatility, adaptability and movement, helping us to move out of any stuckness.

As I mentioned, Jupiter in Aquarius is helping the Sun and Moon, helping us to think outside the box and see the bigger picture. Jupiter is coming to the end of his stay in non-conformist and humanitarian Aquarius, a sign that encourages us to question the status quo and can revolutionise our belief system. This energy is very pronounced during this Moon, especially as Jupiter is the ruler of the Sagittarius Sun. Again, this brings the potential for many preachers on the pulpit expressing their opinions and trying to convince and convert others to their point of view. Jupiter can magnify and exaggerate, being the biggest planet, so things could get a bit extreme and over-emotional in the realm of information, interaction, beliefs and opinions! It is incredibly important to be mindful of the way we talk to one another; to truly listen and above all, to be kind.

Pluto and Venus had the first of three conjunctions on Saturday 11th, which could well have brought some shadow material up to the surface in the realm of our relationships, bringing the potential for profound transformation and awareness of power dynamics. Venus also rules finance, self-worth and values, so this area of life could also go through some kind or purification process, both personally and collectively. Venus is getting ready to go retrograde, the day after the Full Moon, so Pluto and Venus will be dancing with one another all the way up until 25 December when the conjunction will be exact again. This could greatly deepen and intensify our relationships, continuing the process that began with the first conjunction. It is important to watch out for triggers that bring out our compulsions, psychological complexes and deep and dark emotions that we may usually prefer to keep under wraps. We can certainly learn a lot from them!

It will be interesting to see what comes from the God of the Underworld joining forces with the Goddess of Love! Anyone with personal planets or angles around 25° of a sign will feel the energy of the conjunction most acutely, especially the cardinal signs of Aries, Cancer, Libra and Capricorn. Pluto and Venus are forming a nagging inconjunct aspect to the Moon, so we may have to contend with some rather intense relationship and power dynamics during this Moon that could bring up some strong emotions. Anything that may have been festering within our relationships has the potential to come rising up to the surface, prompting some deep soul work that could be very fruitful.

Mercury, the ruler of this Gemini Moon, has recently moved into Capricorn, a rather sombre and serious sign for the planet of the mind and communication to be in! However, this can help us to be self-reflective and to think things through thoroughly and with depth. Capricorn asks us to be realistic, but in the extreme can make us more pessimistic than we might usually be, as it could be harder to see the lights at the end of the tunnel. However, there is a pragmatism to Mercury in Capricorn that could help us to come up with sensible, practical, realistic and long-lasting solutions to whatever we are facing. It can help us to communicate with each other in a considered, careful and restrained manner, which could be rather helpful during an emotionally provocative Full Moon!

Chiron the Wounded Healer is forming a square to Mercury, however, which could bring hurtful words and communication that trigger our wounds and insecurities, but could also be very healing if we are willing and open to look at ourselves and be honest rather than overreacting. Uranus, the planet of change, revolution and awakening, is forming a supportive trine aspect to Mercury that could help us to think outside the box and see things from another perspective. We could have a sudden epiphany that brings amazing insight and offers an alternative way of looking at things. Uranus and Mercury bring the potential for an “aha!” moment that can completely change the way we think and perceive reality.

We are coming close to the last of three exact Saturn/Uranus squares this year, exact on the 24th of December, and it will be interesting to see what comes up as the planet of revolution, freedom and sudden change comes up against the planet of authority, control and structure! I have written more about this in my previous post (Sagittarius New Moon), so I won’t repeat myself. The energy is building right now as it approaches the peak on the 24th, so we could be feeling the tension between the need for freedom and the fear-based control.

Anyone with personal planets or angles around 11° of a sign will feel the energy of the Uranus/Saturn square most acutely, especially the fixed signs Taurus, Leo, Scorpio and Aquarius. Fixed signs can be quite stubborn, wilful and hard to move, so the tension of the square could be forcing change and dismantling structures which could be hard to let go of, but it is important to be as flexible as possible and not cling on to unhealthy patterns, relationships or situations out of fear. We have an opportunity to release ourselves from any unhealthy programming or conditioning that is preventing us from being free.

The Sabian symbol for this Moon, at 28° Gemini, feels very appropriate indeed, in the light of the Uranus/Saturn square: “Through bankruptcy, society gives to an overburdened individual the opportunity to begin again” which Dane Rudyar describes as “A release from unbearable pressures, freeing one for new tasks.” Rudyar goes on to say: “Individual failure cannot be separated from the health of the community. The special nature of the whole is implied in the failure of the part to perform adequately under particularly harsh economic conditions. A society that enthrones the principle of ruthless competition must also develop mechanisms to exteriorise the principle of compassion. Here we have a kind of “leaving behind,” a LIBERATION FROM THE PAST.”

This is an interesting symbol, on many levels. On quite a literal level, with Uranus currently in Taurus, the sign of finance, we do have the potential for some kind of a big change or revolution around our financial system, which could involve digitisation and a greater sense of control through technology (Saturn in Aquarius). Many are facing financial hardship at the moment and are vulnerable to whatever measures the government may choose to put in place as a solution. However, this symbol also speaks of a release (Uranus) from unbearable pressures (Saturn) and a liberation from the past could simply mean that we are able to start fresh somehow, with a clean slate. This symbol certainly does bring a sense of relief and liberation from a build up of pressure and stress.

Mars has recently moved into Sagittarius, the truth seeker, so we could potentially have more courage and willingness to face the truth than we may have before now. Indeed, We could experience some righteous anger! Mars in Sagittarius feels like the brave and intrepid crusader for truth and freedom, as more people have the courage to put their head above the parapet and speak up for what is right and true. This combination could help us to act on our gut instinct and what we intuitively know to be true. However, Mars could also bring anger and disputes over beliefs and some rather forceful expressions of our convictions. Mars is very close indeed to the South Node during this Moon, so it feels like an important player.

Mars adds yet another flavour to add to the energy of this Moon that is already quite lively and opinionated! It is very important to be mindful of our thoughts and the way we communicate with one another during this Moon. Conversations could easily become heated and some truths could come out into the open that could be very helpful but also potentially hurtful. It is so important for us to be kind. Gemini can help us to find the right words to express and explain ourselves, but also invites us to truly listen to the other person’s point of view rather than pushing our own opinions on them. We could learn a lot about ourselves during this Moon as long as we are open and self-reflective, and we may also be called to articulate our feelings and emotions, which could be hard but so helpful and healing!