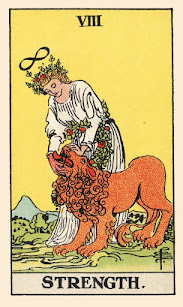 This is an action-packed supermoon that could have quite an impact, especially for anyone with personal planets or angles somewhere around 8° of the sign they are in. We have an Aries party forming that will continue to grow in numbers over the course of the next few weeks. Aries is the sign of action, assertion, anger, independence and courage; the first sign of the zodiac, symbolising new growth and the urge to venture into unknown territory. The Moon is full in peaceful, diplomatic, sociable Libra, sitting directly opposite the Aries Sun, which could bring anything that has been simmering below the surface out into the light of consciousness. Full Moons always play out in the realm of our relationships, and none more so than this one, as it falls on the relationship axis.

Libra seeks peace at all costs and can tend towards people pleasing, while Aries is not afraid to challenge or agitate, which can create friction and unrest but also gets things out into the open. While Libra is adept at the art of compromise and can be gentle, kind and diplomatic, Aries charges straight in with guns blazing and can be direct, forthright and to the point. A mixture of the two signs is preferable, rather than veering too far in either direction! While the Libran part of us might tend to put others first and sacrifice our own needs, the Aries part of us is good at taking care of ourselves and knowing when to say no to others if what they are asking of us is detrimental to us in some way. However, in the extreme Aries can be selfish, self-serving and impervious to the needs of others. While our inner Libra may tend to “grin and bear it”, putting up some kind of façade so as not to rock the boat, our inner Aries is entirely without guile and cannot hide what we are feeling even if it gets us into trouble. Do we sit on the fence or do we make a stand?

Libra is a sign that seeks equality, fairness and justice. However, the ruler of Libra, Venus, is sitting right next to the Sun and Chiron the Wounded Healer in forthright Aries right now, possibly asking for a more direct approach! With Venus in Aries it is possible that the Divine Feminine is being called to stand strong and rise up in the name of justice. There are ways to assert ourselves that are not aggressive, provocative or reactionary, so that we take a stand in a firm yet peaceful way. This Moon could call for people to get off the proverbial fence and draw their line in the sand in the name of fairness and truth. Libra asks for this to be done peacefully and with grace, while Aries demands courage, determination and honesty. We may be forced to take risks and bring things out into the open that cause pain in some way, as Chiron the Wounded Healer is involved too! However, there is the potential for such amazing healing if we are able to open up and be honest about our feelings.

All this Aries energy, especially combined with Chiron, could leave us feeling quite agitated, unsettled and reactionary, but can also spur us into action and bring out our sacred warrior. Aries calls for us to take the lead, while the Libran part of us prefers to let other people take the reins and may tend to acquiesce. It could become all too apparent which tendency we have during this time. It seems as though this Moon is asking us to harness the higher qualities of Aries, such as courage, fortitude, honesty and the capacity to feel the fear and do it anyway. It could certainly get things out into the open, although hopefully in a kind, considerate and gentle way. However, there is also the potential for conflict, anger, aggression and people saying or doing things that trigger us and cause strong reactions or defensiveness, so it is important to be as self-aware as possible and not allow our egos get in the way.

Mars, the ruler of Aries, is sitting right next to the North Node in Gemini, calling for us to have the courage of our convictions and speak out if we need to. The North Node has been in Gemini since May 2020, calling for us to use our common sense rather than blindly believing all we are told to be true. It also calls for us to do any research necessary to find facts and data to back up any intuitive hunches we may have. Mars is the warrior, and in Gemini it calls for us to communicate in a clear, direct, forthright and decisive manner. It seems as if sitting on the fence is no longer appropriate, but rather we are asked to have the motivation and courage to seek out the facts, make decisions and to speak our truth, in whatever form that takes. Mars in Gemini doesn’t mince words and its message is clear. Mars is supported by Saturn, the planet of control, discipline and authority, so this could help temper any impulsiveness and could also signify controlled use of force by those in authority.

Mercury, the ruler of Gemini, is currently sitting right next to Neptune in Pisces, which could bring some confusion, brain fog and overwhelm. This could make it a little difficult to think clearly, and we may find ourselves off in some daydream, finding it hard to focus. It could also temper some of that Mars force and aggression, as Mercury in Pisces brings out our sensitivity, compassion and imagination in the way we think and communicate. This could be a good thing or a bad thing, depending on which way you look at it! Mercury and Neptune are also square the Nodes, which brings the potential for deceit, propaganda, veiled truths, subliminal messages, lies, duplicity, overwhelm and profound disillusionment as the truth is so elusive and shrouded that we are left feeling utterly confused and befuddled. Neptune is moving further and father away from the square to the Nodes, but it’s not quite finished yet. This energy could make it harder for us to definitively make up our minds, but we are invited to turn inward and listen to the whisper of our soul.

Uranus is forming a nagging inconjunct to the Moon, which could bring a curveball or sudden shock that wakes us up somehow or makes us aware of what needs to change. We may feel quite unsettled and agitated, with erratic emotions and feelings of being on edge or unsafe. Indeed, emotions could come surging up suddenly, demanding release. However, Saturn is forming harmonious aspects to the Sun, Moon, Venus and Chiron, helping us to look at things in a practical and realistic way and approach whatever we are facing in a controlled, measured, disciplined manner. The higher vibration of Saturn in Aquarius helps us to take responsibility for the kind of world we want to live in and help each other out on the ground level. The lower vibration is greater authoritarian control through technology, the limitation and suppression of our freedom and the right to protest, gather in groups or question the status quo, and the harsh reality of a life spent in front of a computer and away from our friends. Saturn is very present during this Moon.

The Sabian symbol for the Moon, at 9° Libra, is “Three “Old Masters” hanging on the wall of a special room in an art gallery”, which Dane Rudyar describes as “The need to return to source during a confused search for new value in a chaotic society. The number 3 suggests completeness; esoteric traditions speak of the three-fold Soul, or of three fundamental “Rays” of Power, of Love-Wisdom, and of Intelligence-in-action. Meditation, in its deepest sense, is return to Source – an attempt to re-identify oneself with one’s archetypal essence of being. It is suggested that in the process of “transfiguration” the presence of the greatest moments of the past is called upon, as Moses and Elijah were invoked in Jesus’ Transfiguration. The seed of the new day depends upon the seed of yesteryear for an experience of the cyclic continuity of spirit.” There is a sense of needing to go deeper, beyond the façade. On the surface there is a beautiful painting, but if we go deeper we can read the more subtle messages. Are the three masters asking us to make sure we pay attention to all aspects of our being - the mental, emotional and spiritual? There certainly is much to be learned from the past in our present situation.

There surely is a lot going on during this Moon! I am reminded of the Strength tarot card, which represents kind, gentle, compassionate power and strength, rather than brutish force. It we find a good blend of the energy of Libra and Aries we can harness this inner strength and courage to face whatever obstacles may lay in front of us with grace. Libra is a sign that seeks justice and wants to find balance between extremes. Libra’s ruler is in Aries, asking us to find our sacred warrior and take stand for what is right and fair. Aries ruler is in Gemini, calling for us to have the courage of our convictions and say what needs to be said. Gemini’s ruler is in Pisces, asking us to speak our truth in a kind, sensitive, compassionate manner that remembers that we are all struggling in our own way. Are we able to unite the Goddess of Love, Peace and Beauty with our inner warrior? Can we channel our gut instincts, raw emotions and instinctual urges in a balanced and constructive way? Can we stand our ground in a peaceful, loving way? Are we able to draw our line in the sand with grace and Love?