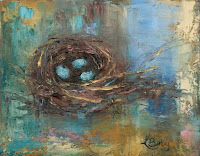 This is a very powerful New Moon as it is also a total Solar Eclipse, which represents a new chapter in our lives. Solar Eclipses are a fateful time when something ends and something new begins and they are generally linked to something that happened 19 years ago. As such, there could be a correlation between what was happening in the year 2000 and whatever we are facing now. This is no ordinary New Moon, but rather it can be a major turning point, when some important issues arise and we may have to make some big decisions that involve taking a leap forward in terms of our destiny. Often Eclipse season can correlate with a shift in consciousness, both personally and collectively. Change comes along with a Solar Eclipse, as whatever we may be leaving behind in the dark of the moon has a more far reaching effect than your average New Moon. This is a time of change, whereby we are able to see more clearly what might be holding us back and to make some big decisions on major issues in our lives. This is especially so if the Moon is forming a strong aspect to a personal planet in our natal chart. As such, if we have personal planets or angles within two or three degrees of 10° of the cardinal signs of Aries, Cancer, Libra and Capricorn then we are likely to feel this Eclipse the strongest.

This Eclipse and New Moon occurs in the sensitive, emotional and nurturing sign of Cancer. Cancer relates to our childhood, family, home, ancestry and emotional patterns formed in early life. As such, this New Moon/Eclipse could have a profound effect on our sense of emotional security and familial or domestic situation. We could be called to contemplate what constitutes home for us and to consider where and with whom we experience a sense of belonging. The higher purpose of Cancer is for us to find a sense of emotional security and fulfillment from within and to realise that no person, place or situation is ultimately going to meet our emotional needs, but rather that we are ultimately responsible for ourselves. Cancer is that part of us that can suffer from insecurity and can become quite needy of others as a result, as the child within still seeks or demands some kind of nurturing or parenting that it may have lacked in childhood. Issues or circumstances could arise during this time that pertain to our sense of belonging, calling us to question what constitutes home to us and impelling us to make some decisions that could have an impact on our home and family life.

Solar Eclipses are important gateways that involve stepping forward in terms of our destiny, as they involve the Sun and Moon joining forces in the same sign as the North Node. The Nodes of the Moon are known as the Destiny Line, which is why Eclipses can have such a profound and far reaching effect on our lives. Currently the South Node of the Moon is in Capricorn, representing qualities, habits and traits that may be holding us back and impeding our growth. We are currently being called to let go of the less desirable traits of Capricorn, such as the need to keep everything under control, suppressing our emotions, being ruled by our conditioning, tending to shoulder too much on our own, too much emphasis on work and career, feeling the weight of unnecessary responsibility and, on a more collective level, the qualities of a patriarchal system whose flaws are revealing themselves more and more as time goes on. Saturn, Capricorn’s ruler, is currently sitting right on top of the South Node, calling us to look back and see, without any kind of filter on, how the past is repeating itself and shaping the present. This is a very karmic time, whereby we are really beginning to reap what we have sown. Saturn is helping us to see how our conditioning has shaped our habits and patterns. This certainly feels like a time of reckoning.

This Eclipse is calling us towards the Cancer North Node, asking us to emulate the more helpful and positive qualities of Cancer. Cancer represents the more matriarchal ideals of caring, nurturing, sensitivity, inclusiveness, community. We are called to honour our emotions and express them rather than hiding them away or suppressing them. Cancer calls for us to look back into the past and our childhoods in order to find the necessary clues that can help us to move forward in our lives. We are encouraged to focus more on a sense of home and family rather than so much focus on “getting ahead” and “keeping up with the Jones”. Cancer is the part of us that has the capacity to show our more vulnerable side, allowing others to see when we feel unable to cope with whatever we are currently facing. Cancer calls us home, asking us to find out exactly what that means to us and where it might be. We are called to find our tribe and spiritual home and put down some roots. Cancer helps us to allow ourselves to be nurtured and cared for and to do the same in return. Instead of pretending that we have it all in hand and under control we are asked to allow the walls of protection to melt and the façade to melt away. Cancer calls us home.

Mercury is currently in its shadow phase, getting ready to go retrograde on 8 July, so not only do we have Eclipse season but we also have Mercury retrograde in the signs of Leo and Cancer. Mercury is currently in Leo, sitting right next to Mars and square to Uranus. This combination could help us to make some quite confident, definite decisions and come up with some creative ideas about whatever we may be facing. It also brings the potential for some sudden, brave and impulsive decisions that could potentially shake up the status quo and cause considerable upheaval, not to mention things being said or declared that can’t be taken back and that could be quite shocking or surprising. This energy is prevalent during this Moon and will peak on 8 July, when Mercury turns retrograde. Once Mercury goes retrograde we will be called to pause and look back over everything that we have been talking and thinking about since 20 June, when Mercury went into its shadow phase. Mercury retrograde calls for us to re-evaluate, reflect, refine, revise, reorganise, reinforce, re-do and become more retrospective. Sometimes people from our past may pop up with important messages for us, or memories may resurface that can help us with whatever situation we are currently facing.

During the shadow phase (20 June - 8 July) we may come up with an idea, concept or start to make some decisions. Once Mercury goes retrograde (8 July - 31 July) we are called to look back over everything and take stock, allowing any important details to arise that we may have missed. The retrograde period helps us to find the weak links and look at it all from a different perspective. When Mercury turns direct on 31 July, we then go back over the same ground one last time, with the benefit of having checked and double checked, ready to make the final decision and go ahead with our plans, decisions or ideas. The whole process ends on 16 August. During the retrograde period, on 19 July, Mercury moves from confident, dynamic and creative Leo back into sensitive, emotional and nostalgic Cancer, at which point we may be called to think with our feelings and emotions, listening to what our guts are telling us. Mercury in Leo has the capacity to make some quite confident, brave, creative and uncompromising decisions that can involve taking a risk and following our heart, while Mercury in Cancer could cause us to crawl back into our shells and look inwards, really “feeling” out whatever we have been contemplating and considering the emotional implications. Mercury in Cancer also calls for us to look back into our past to see what valuable information we might find there to help us to move forward.

It is interesting that we have Eclipse Season occurring simultaneously with Mercury Retrograde. The two Eclipses, on 2 and 16 July, represent a new chapter which could involve us having to make important decisions, depending on which of our personal planets are being impacted. Mercury Retrograde, however, calls for us to take a step back and take stock of whatever we are contemplating so that we can really feel it all out so that we know how to proceed. Both personally and collectively this feels like an important and potent time; a time of reckoning. Collectively we are currently being shown the darkest side of the patriarchal system, and the combination of the Eclipses and Mercury’s retrograde cycle could bring some major shifts, bold statements or impulsive decisions that could have a profound impact on our world. Indeed, we ourselves could make some radical decisions that could create profound change in our lives. Ultimately Cancer calls us to find our spiritual home, wherever that might be. Who and where is our tribe? How can we let down our walls and allow others to help? How and where can we find a sense of true belonging?