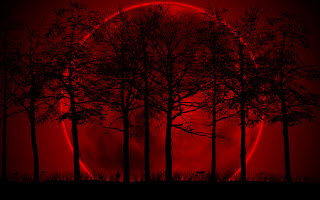 The energy with be at its strongest Saturday night in both time zones.

This is an incredibly potent Full Moon with amazing potential for change and transformation. The energy is akin to purification through fire, with the Aries energy blasting through any part of our lives which may be stagnating or holding us back from growing into our true potential. The Sun and Moon are lining up directly with the Uranus Pluto square, forming a tense T-square which will create some major shifts and propel us out of our comfort zones towards greater self-expression and freedom. This Full Moon makes the Uranus Pluto Square much more personal and emotional, forcing change at a core level, and has the potential to knock us off balance for a little while until we adjust to the changes. Without change we can’t grow, but it can also be quite unsettling as we face the unknown and parts of ourselves we never knew existed. It is important to remain self-aware and flexible during this time, ready to ride the waves of change, because resistance will do us no good whatsoever! Our world is changing, making way for a new way of being, and either we change with it or get left behind.

This Full Moon lights up the Aries/Libra axis, which represents the polarity of Me versus Us, or I versus Other. A good way to understand the energy of Aries is to think of a shoot forcing its way through the hard ground at the end of winter, not knowing what might be on the other side but going for it anyway! Aries is the pioneer and the warrior, and as such this moon is asking us to follow our instincts and meet our challenges head on and not be afraid to risk confrontation in order to be true to ourselves. It’s prompting us to stand up for what we believe in, to follow our passion and not be afraid to take chances, even if that means starting fresh. The cardinal energy of the Moon and the T-square means that new beginnings are a big possibility, and things may just have to come to a head in order for us to move forward and grow. Aries jumps first and thinks later and methinks that with this particular moon, if we don’t get up the courage to jump then we might be pushed!

It is important be aware of ourselves and how we communicate at this time, as this Moon is quite volatile and heated in nature. This is where Libra comes in with her need for balance, fairness, justice and harmony. We must take a leaf out of her book and make sure that despite everything we are considerate to the feelings of others. There is a big difference between honest, direct communication, thus standing our ground, and reacting from fear, anger and rage, thus hurting others. We must be aware of the potential for emotional confrontation as the moon brings up repressed, pent-up fear or anger which, as we all know, can so easily be projected onto those closest to us. Our intimate relationships may well feel the brunt of the Aries’ energy, as Venus and Mars are very much part of the picture of this moon and Mars is doing the Moon’s bidding in Libra, the sign of relationships. This could be a great time to clear the air, and could even mean being brave and letting go. On the other hand this Aries energy could give us the courage and motivation to confront our fears and truly express how we feel so that we can move beyond stagnant or stuck situations or relationships. There is definitely an element of adventure to this Full Moon, and the opportunity to boldly step past our fears, moving out of our comfort zones and embracing the excitement of the unknown, not knowing exactly what awaits us on the other side. This is the stuff of real growth, rather than staying stuck behind with the illusion of safety and security!

As I mentioned before, this Full Moon is activating the Uranus Pluto square which is so much a theme of the times. The Moon is joining forces with unpredictable, rebellious and revolutionary Uranus who is currently fighting for our personal freedom and the right to be who we really are deep inside. Combined with the emotional nature of the Moon he could cause emotions to rise up suddenly and without warning, making us very aware on an emotional level where we are stale or stuck. We are being asked to think outside the box and concentrate on what we truly want for ourselves. It’s very simple – if we are doing what is right for ourselves then things should be gradually falling into place, with the omens in our favour. However, if we are meeting resistance and feel like we are butting out head against a wall then something obviously isn’t working and we must give up and let it go. Uranus is currently engaged in a battle with Pluto in Capricorn, and between the two of them they are digging out the rot, finding out what is out of balance in our lives and breaking down structures and patterns which no serve our highest truth. It has been quite a ride since these two started their battle! We are being asked to find our true path and follow it, rather than being and doing what we think we ought to. That simply isn’t going to work anymore, and it is quite likely that this Moon will give us quite a push in the right direction!

Bear in mind that the energy of this moon and the Pluto Uranus square applies globally as well as personally, and could add some emotional drive and power to the already evident sense of dissatisfaction and unrest of the times. People have had enough of the imbalance of the distribution of wealth and power, and the power structures such as corporations, governments and banks are being confronted and challenged all over the world as people stand up for their right to freedom and justice. This Moon could well add some fuel to the already burning fire, so I will be interested to see what comes up in the news this weekend. The energy of this Moon also brings with it the possibility of Mother Earth getting in on the act, as both Pluto and Uranus rule natural and man-made disasters and Aries is known to be quite aggressive.

This Moon has so much potential for transformation and growth, and could well provide us with a good old-fashioned kick up the arse when it comes to living our true potential! We are being asked to stand up for ourselves and not be afraid to ask for what we want, which will be very empowering indeed. We are being asked to take on our own power in the truest sense of the word, and that does not include power over others, but rather an acceptance of who we have always been deep inside. We must remember that we have the power to create our own reality and so must very aware of our thoughts and beliefs, as they hold energy. Imagine a positive outcome and that is what we will get! If we allow our fears to get the better of us and envision a negative outcome and it is very likely that it will become reality! We must embody the bold, daring energy of Aries at this time, as this provides us with a truly wonderful opportunity to blast away old emotional patterns with the purifying energy of fire. It is possible that this will feel quite painful and uncomfortable at first, but as the fire goes out and the ashes settle something new will be born…..and there we will be, standing in the truth of who we are, feeling more alive than ever before!