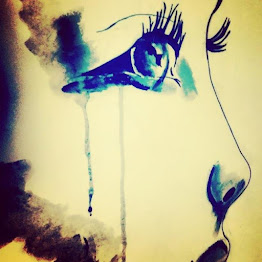 This Moon has the potential to be quite emotional and deeply transforming. The Moon is very much at home in its own sign of Cancer, helping us to get in touch with our feelings and also to express them. Indeed, as this is a Full Moon we could find that our emotions are much closer to the surface than usual. Cancer is the sign of home, childhood, family, roots, ancestry and our inner emotional life. It is the part of us that wonders where we truly belong and who is our soul family. It is the sensitive, nurturing, caring part of us that can pick up on how other people are feeling because we know how they feel. However, it is also the part of us that can be somewhat child-like, insecure and reluctant to be a proper grown-up, which is where the Capricorn Sun comes in, sitting directly opposite the Cancer Moon. As with all full Moons, we are invited to find some balance between the energy of the two signs rather than veering too far in one direction or the other.

The Sun, Pluto and Retrograde Venus are all in Capricorn right now, bringing a heavy dose of reality. Capricorn energy forces us to see things as they really are rather than wearing the rose-tinted spectacles and just seeing what we want to see. Relationships are being fully tested with Venus retrograde in Capricorn, forcing us to see the bare bones of the matter and face the hard reality of whatever situation we find ourselves in rather than our hopes, ideals or fantasies. Capricorn gets down to the nitty gritty, asking us to lay down strong, realistic foundations and make concrete commitments that have considerable weight, but only if the structure is sound to begin with.

Venus is not only about relationships, it represents our relationship with ourselves, with money and our values. We may need to take a long, hard, realistic look at our financial situation and our relationships, making sure that they are viable in their present form and making wise, mature and responsible decisions around what we need moving forward. Capricorn sees the long game and helps us to be truly accountable for ourselves and our relationships. Venus has been retrograde in Capricorn since 19 December and will turn direct on 29 January, so we are now in the deepest part of the retrograde. It is a time of review, reflection and realism rather than idealism. We are asked to act with integrity and maturity, to take full responsibility and commit to building something that actually has the potential to last because it is based on a realistic appraisal rather than idealistic hopes and fantasy.

Uranus is a very strong influence during this Moon, as the Great Awakener is stationary, getting ready to turn direct. It is a forming a helpful aspect to Venus during this Moon, while Chiron is challenging the planet of love and beauty. Uranus calls for a greater sense of authenticity within our relationships, helping us to discover what works for us personally rather than how we have been conditioned to think a relationship should be. We are all unique individuals with our own needs and ways of being, so it makes sense that we would have different needs when it comes to relationships. Uranus has a freeing, liberating quality, helping us to undo some of our programming around how we think a relationship should look so that we can find what truly works for us. It is calling for us to honour our true selves and to be utterly authentic. And this is not necessarily easy.

The trine between Uranus and Venus will be playing out over the next week or so and will be strongest around 29 of January, when Venus turns direct. Chiron’s influence could bring up a certain amount of pain in the process, triggering our insecurities and calling for brutal honesty, but could ultimately bring about some profound healing.

Powerful, transforming Pluto is very present at the moment and is also sitting right next to the Sun in Capricorn for this Full Moon. Any time Pluto is involved we have the potential for deep, soulful honesty, transformation, issues around power/powerlessness, secrets being revealed, soul growth, loss, exposure of the shadows and obsession. Pluto combined with the Sun can certainly bring up the theme of power and how it is used or abused. It is important to be aware that Pluto is also opposite the Moon, which can bring up some powerfully intense emotions that rise up from the depths and highlight our subconscious compulsions and complexes. Not only that, Mars in Sagittarius is also forming a nagging Inconjunct aspect to the Moon, heating up our emotions and possibly bringing up anger and aggressionHowever, it could also force the truth out into the open, which is always a good thing!

Pluto has been playing a big part in recent times and will continue to do so over the coming month. Venus and Pluto were conjunct on 11 December, 25 December and will conjoin one last time on 3  March, with Mars also joining in the party! This can help transform the way we relate to one another, bringing to the fore any power dynamics within our relationships, highlighting our subconscious complexes and forcing into the open anything that may have hitherto been hidden under the proverbial carpet.

Mercury, which is also getting ready to go retrograde, also joined Pluto on 30 December and will do so again on 30 January and one last time on 12 Feb. This has the potential to bring secrets and lies out into the open, bringing some penetrating discussions that really get to the heart of the matter. Through our conversations we may find ourselves divulging information about ourselves that we may usually prefer remained hidden.

Anyone with personal planets and angles close to 26/27° of a sign will be feeling the transforming, soul-growth inducing energy of Pluto most acutely, especially the Cardinal signs of Aries, Cancer, Libra and Capricorn. Pluto can feel a bit like a cosmic kick up the bum, forcing us into alignment with our soul purpose, which can be quite painful if we have been deviating and ignoring the signs! This Full Moon is also 27° Cancer, so anyone with planets and angles near the end of the sign will feel its power.

Juno, the goddess of long term, committed relationship, is also a big player during this Moon, sitting right next to the Sun and Pluto in Capricorn. Juno managed to maintain a marriage to Jupiter, the King of the Gods, despite his wandering eye and tendency to roam! However, he always came back to Juno. TJuno in Capricorn, again, can bring up the theme of realistic appraisal and greater commitment within our long-term relationships, calling for us to have integrity and accountability. Juno and Pluto will be exactly conjunct on 24 January, which could be an interesting time for our relationships, bringing about soul contracts, deeper commitment or some kind of transformation of the way we define our relationships and long term commitments. It could even literally bring about the “death” of a relationship if the foundation isn’t strong enough.

Mercury is turning retrograde on Saturday 15 January, just before the Full Moon, and will move from Aquarius back into Capricorn on 26 January, before turning direct on 3 February. There is always the potential for miscommunications and misunderstandings during the couple of days before and after Mercury goes retrograde so it is important to be mindful this weekend, what with the Full Moon also coming to fruition! Mercury retrograde in Aquarius could bring some shocking revelations, especially as Uranus, the ruler of Aquarius, also happens to be challenging Mercury during this Moon. We could receive shocking news, or have profound epiphanies, or have our ideas and thoughts challenged, or find ourselves or others playing devil’s advocate. Aquarius encourages us to think outside of the box, looking at things from a different perspective and questioning what we are being told by those in authority.

As Mercury moves backwards we are invited to look back over things, reflecting, reviewing, revisiting and checking for anything we may have missed in the past few weeks. We may find that we have somehow missed an important part of the jigsaw that now slots into place nicely. Mercury Retrograde can be quite a Trickster, so it is important to maintain a sense of humour if technology acts in strange ways or journeys don’t quite go the way we have planned. We may even find that there is some kind of higher purpose behind the disruption! People could pop up from our past who have some kind of important message for us, or we may find ourselves on a trip down memory lane that is needed in order for us to move forward.

The Sabian Symbol for the Full Moon, at 28° Cancer, is: “An Indian girl introduces her white lover to assembled tribe”, which Dane Rudyar describes as “ Inner rebirth through a total acceptance of the primordial values manifest in the human body and its natural functions” There is a sense, with this symbol, of finding some healing in terms of the divisive, polarised and segregated world we are currently living in. There is a sense of finding some compassion and love for one another, regardless of our belief system, orientation or different “camps” we may be in. This symbol brings some hope that we can somehow bridge the gap and find some resolution, understanding and acceptance of our differences.

This Moon certainly could bring a lot to the surface within our relationships! Full Moons always do highlight relationships, but Retrograde Venus and Juno are also very much highlighted during this particular Moon. And a Cancer moon can certainly bring our true feelings to the surface, hopefully helping us to express our emotions and allow ourselves to be vulnerable rather than holding back or controlling them, as our inner Capricorn might do. This is Cancer’s greatest gift to us - it reminds us that to show our vulnerability is not weakness, it is strength. In fact, it is the hardest thing to do sometimes, but when we do so we allow others to truly see and understand us and to be able to help. Hopefully this Moon will bring out the truth of how we feel so that we all know exactly where we stand.

“This above all: to thine own self be true
And it must follow, as night the day
Thou canst not then be false to any man”