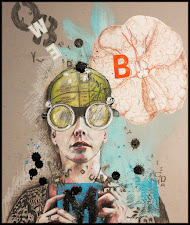 Well, this Moon certainly has the potential to set a ball in motion that could help to usher in a new era! We are now in Eclipse season, a time when we experience the end of a chapter so that something new can begin. The energy of Eclipses tend to play out for the next six months, until the next set of Eclipses. They correlate with the cycle of the Nodes of the Moon, which move in 19 year cycles, so there will be an energetic link between this Eclipse and the Lunar Eclipse on 30 December 2001 in exactly the same degree of Gemini. This Moon could signify the next phase of whatever was happening for us back then, both personally and collectively. Similarly, there will be a connection between this Lunar Eclipse and the last Lunar Eclipse, on 5 July. Something that began then will be culminating now. We are now entering a very significant and potent time, as we build up to a very important astrological event occurring on the Solstice of 21 December with two very powerful Eclipses that could bring about a significant energetic shift for us all.

This Full Moon/Eclipse activates the Gemini/Sagittarius axis, which is where the Nodes of the Moon are currently residing, bringing up issues around truth and lies. A Gemini Full Moon always has the potential for information overload, as we are bombarded with opinions, facts, information and  news, so much so that it can become confusing and overwhelming. This is especially so this time as Neptune, the planet of oneness, fantasy, illusion and mysticism is incredibly strong right now because it is turning direct the day before the Full Moon. Neptune’s is currently squaring the Nodes, until January, making it nigh on impossible to locate the truth, and this is creating utter confusion, overwhelm, disillusionment and loss of meaning. Smoke screens, veiled information, half truths, deception and propaganda are rife right now, making it so difficult to know what is real information and what is illusion, and this could feel especially acute during this Full Moon.

However, what the Nodes are asking us to do is to listen to our body, trust our gut, heed our intuitive hunches and then use the power of Gemini to do some research, seek out information and back our hunches up with facts and data. Neptune, in its higher vibration, encourages us to turn inward and do the inner work, not allowing ourselves to get distracted or knocked off centre by the myriad of opinions, views and so called truths that we are being fed at the moment. This Moon will certainly ramp up all things Gemini, such as media coverage, gossip, slander and the spreading of information and disinformation, so much so that we might want to just bury our head in the sand or numb out, which are also Neptunian superpowers! However, Neptune also calls for us to quiet the internal and external noise so that we can truly hear that soft, subtle inner voice that knows and senses the truth. We may have to be prepared to sacrifice our personal comfort and security for something much bigger than us, which is the future of mankind and the planet. Gemini asks us to find a voice for this inner knowing and to stand up for what is right.

The Sun is in Sagittarius until 21 December, a sign that seeks the truth and represents higher wisdom, philosophy, law and justice. Mercury will also be joining the Sun in Sagittarius on the 1st of December, helping us to stand up for what is morally right, just and true. It is quite possible that we will see certain truths revealed and justice served where it is needed during this period, especially as we approach the Sagittarius New Moon on 15 December. Uranus is forming a nagging inconjunct aspect to the Sun during this Eclipse, which could provide us with sudden flashes of insight that helps us to see what is really going on versus what we are being led to believe. Uranus can bring sudden shocks, wake up calls and epiphanies that pierce through the veils of illusion and give us glimpses of the truth. Uranus breaks down our conditioning and breaks though the programming we have received from society, the media and those in power, helping us to wake up somehow and be able to perceive the truth of the matter.

Interestingly enough, the Sabian symbol for this Moon, at 9° Gemini, is: “A quiver filled with arrows”, about which Dane Rudyar says “The mind of man is essentially a trans-piercing power; it goes through the object toward which it is aimed. It seeks to go through and beyond the obstacles on its path, and this usually implies the destruction of the obstacle. At a higher level – as in the Zen practice of archery – the obstacle is the ego”. This symbol feels like it could pierce the veils of illusion, or get to the heart of the matter, or cut through the crap! There is something quite single minded about this symbol - an invitation to put all of our attention onto it.

Black Moon Lilith, the Dark Moon Goddess is also sitting next to Uranus during this Moon, which could stir things up somewhat! BLM is not exactly known for “playing nice” and doesn’t like being told what to do, and combined with the planet of rebellion and revolution she could be a huge force of dissent. Both Uranus and Black Moon Lilith represent volcanic eruptions, which is especially interesting considering that they are currently in Taurus, the sign of Mother Earth. We may be forced to look at some very uncomfortable material during this time that could bring up rage and other such turbulent feelings, bringing our inner rebel and revolutionary to the fore. Indeed, we could experience considerable turbulence in the coming weeks as these two powerful forces unite, bringing the potential for us to liberate ourselves from whatever has kept us oppressed, repressed, limited, bound or restricted and to rise up and say “Enough is enough!” This conjunction peaks on 22 December, which feels like a very significant time indeed.

Speaking of oppression and limitation, Jupiter and Saturn are joining forces in final degrees of Capricorn at the moment, before they both move into humanitarian Aquarius towards the end of December. Many have their eye on the Solstice this year, which has the potential to spark the beginning of a big shift for humanity, but before that we have to get through the last couple of degrees of Capricorn! Capricorn represents authority, societal structures, rules and regulations, control, government and corporations, and with Saturn sitting in the very last degree of its own sign from 7 December until 17 December we could see the shadow side of Capricorn. We may experience greater control, judgement, oppression, repression, suppression, limitation, restriction - all the things that Uranus and Black Moon Lilith don’t like! Saturn forces us to see the harsh reality of all things Capricorn, so things could feel a bit heavy, as if we are in the very tightest part of the birth canal, getting thoroughly squeezed! The darkest hour is just before dawn.

Saturn and Jupiter then both move into Aquarius, on 17 and 19 December, bringing a big shift of energy! Aquarius is very different to Capricorn, signifying new vision, breaking the rules, brotherhood/sisterhood, breaking out of programming and conditioning, non-conformity, questioning the status quo, freedom from societal control and restrictions. Having had so much emphasis on all things Capricorn for so long, this could bring some relief. Pluto will be the only slow moving planet left in Capricorn after these two move over, continuing its slow and thorough detoxification of the power structures and the patriarchal system, a process that started in 2008. Saturn and Jupiter will be exactly conjunct on 21 December in the very first degree of Aquarius, which, combined with Eclipse season, could spark off a new chapter that could bring radical change, as any old, outworn, obsolete structures that simply don’t serve us any more could start to fall away. Will this be the birth of of a new world?

With Neptune so very strong right now it is a good time to imagine the world as we would like it to be and to dream it into being through prayer and intention - a world that is built on the principles of love, peace, tolerance, compassion and unity. What kind of world do we want to leave our children? Saturn in Aquarius is going to ask us to truly take responsibility for our Aquarian humanitarian ideals of brotherhood/sisterhood and become truly accountable for a world where equality, tolerance and freedom prevail. It truly is up to us to make it happen, and the inner work we do now can make a huge difference. One of the things that Gemini teaches us is that our thoughts have power. It is important to watch our thought process during this Moon. We tend to get what we focus on, so we must be mindful of our target.

“Energy follows thought; we move toward, but not beyond, what we can imagine. What we assume, expect, or believe creates and colors our experience. By expanding our deepest beliefs about what is possible, we change our experience of life.” Dan Millman