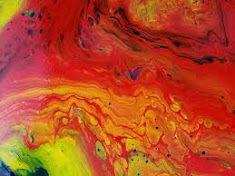 Today the challenging square aspect between warrior Mars and powerful Pluto peaks, bringing the potential for acting and reacting from a deep within our subconscious, for having the courage to face our shadows and shame, for being triggered and anger or rage coming up from a place deep within us. It can also bring power struggles and the urge to fight back against corruption and having the courage to expose the dark side of the power structures. This aspect could help us to find the will, courage and strength to transform ourselves in some way, but could also bring psychological “warfare” as the planet of the subconscious and psyche comes up against the planet of aggression and war.
However, the Moon, Venus and Mercury are all in earth and water signs, which are “yin” in nature, so it is quite possible that the battle is internal rather than external. Venus is currently in Virgo, which could mean that we are more self-critical than usual and more prone to focusing on our shortcomings and inadequacies. Venus in Virgo is very humble and willing to serve, but is also adept at being very hard on herself and can be her own worst enemy!
Mercury in Scorpio could mean that our thought processes are a bit more compulsive and obsessive than usual, even to the point of being paranoid. It is very important to watch our internal dialogue in the next couple of days, as our minds could potentially go to some dark places and make assumptions! However, Mercury in Scorpio can also help us to understand our psyches better, as we are able to probe beneath the surface of reality and gain some deep understanding of the way our subconscious works.
The Moon is in sensitive, emotional Cancer all day today, which does have the potential to bring up our insecurities and make us a bit more needy, but also invites us to feel empathy for ourselves and each other. The Moon is at home in its own sign and encourages us to nurture ourselves and one other. We could be a bit moody, with changing emotions over the course of the day, so we are invited to practice the art of self-awareness and keep an eye on how our inner child might be acting and reacting to whatever we are experiencing.
The Mars Pluto aspect has been building for a few days now and will be flt most acutely by people with personal planets within a few degrees of 22° of a sign, especially the Cardinal signs Aries, Cancer, Libra and Capricorn.
Much Love
Amy
Xoxo
Painting: Mars, by WyldeFoxDesignLab
Labels: mars square pluto 2020 Venus in virgo 2020