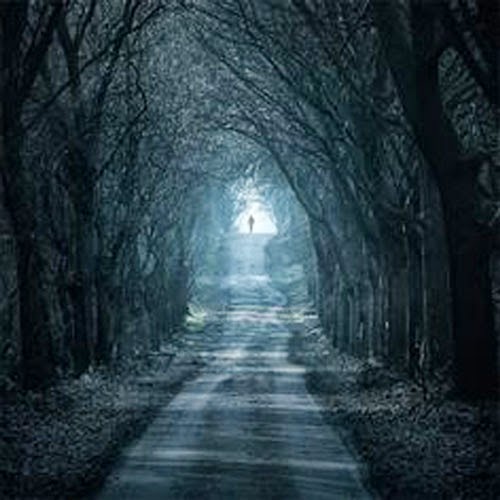 I am currently travelling, in true Sagittarian style, so this post is going to be brief but hopefully thorough! This is a humdinger of a Moon, that’s for sure! We have a couple of potent aspects that are absolutely exact as the Moon reaches its peak, which very much intensifies the energy of the Moon. Full Moons tend to bring things to a head, especially in our relationships with others. This Moon is no exception, as we also have an exact opposition between Venus in Taurus and Saturn in Scorpio to contend with. This could make things very real in the arena of our relationships, testing their validity and also forcing us to confront our shadows and show our vulnerabilities. While it could be quite challenging and even somewhat painful for some of us, it will ultimately deepen our connection with our intimate partners and those close to us. The people around us are generally a reflection of our inner world anyway. Saturn tends to shine the harsh light of reality onto things, and in this case it is our relationships and sense of self-worth that is under scrutiny. This aspect does not allow for any superficiality, that’s for sure, and as Chiron, the Wounded Healer is very much involved with this opposition we have a chance to bring our fears and vulnerabilities out into the open to be healed.

Indeed, the potential for healing during this Moon is immense. We have the chance to bring up some deep, emotional wounds and old, entrenched trauma and let go of them once and for all. It is important to remember that which certain experiences in our lives have been very painful, they have, for whatever reason, been essential for our soul growth. They have made us who we are today and it is important not to have regrets because that is just a waste of energy. This Full Moon offers an opportunity for some very deep healing and allows us to move past our wounds and allow compassion and forgiveness to wash them away. So often the wounds we have received in the past end up colouring our behaviour in the present, and at a certain point they no longer serve us anymore so it is important to let them go. What once served as much needed protection can go on and cause us to be destructive and hurtful to ourselves and others. Old emotional wounds, trauma and insecurities which no longer have their place can be brought out into the light during this Moon in order to be released, and while the process may be quite painful as we face our shadows and fears, ultimately it gives us a chance to be liberated from their shackles. As I said, the aspects between Saturn Venus and Chiron will be absolutely exact as the Moon is exact so there is a definite sense of things coming to a head.

This Full Moon involves an opposition between the Sun in versatile, communicative Gemini and the Moon in adventurous, optimistic and freedom loving Sagittarius. The key to a Full Moon is finding balance between the energy of the two signs but that isn’t always easy as emotions tend to run high and exaggerate the differences.  Sagittarius wants us to expand and grow; to raise our consciousness and broaden our horizons. He rules our higher mind, belief system, spirituality and our connection to the divine and is highly intuitive, while Gemini rules our rational, logical mind. Gemini rules the city and likes to be around a lot of people, while Sagittarius rules the countryside and seeks a deeper connection through communing with nature. Gemini is very adapt at the art of communication while Sagittarius is known for being rather blunt and can suffer from Foot in Mouth syndrome! Somewhere in the middle is the way. Sagittarius stands for the truth, but the truth can sometimes be hard to hear sometimes! When the Full Moon is in Sagittarius there is generally a very buoyant, optimistic, jovial, dynamic energy which can definitely take us for a ride! During this particular Moon the rulers of both Gemini and Sagittarius, Mercury and Jupiter, are both in sensitive, nurturing and emotional Cancer so this could be sensitive,  emotional moon indeed! Sagittarius Full Moons are generally very fun, but this one has some rather deep and emotional undertones.

Another aspect that I feel I must mention is a Mars Pluto square that will also reach a peak just after the Moon is exact. After that he will go on to oppose Uranus, so he is basically re-activating the Pluto Uranus square. We may revisit some of the same energy that came about at the end of April when so many people experienced a big shift in consciousness. I know I haven’t been the same since then! Something definitely changed within me at that time.  Mars in aspect to Pluto can create power struggles and clashes with authority. As Mars in the planet of war and Pluto is the planet of soul power, this aspect does have the potential to create some intense conflict. Pluto can be somewhat obsessive and intense and Mars is also the planet of sexuality, so there is also the possibility of some rather extreme sexual tension. This is quite an explosive, volatile aspect and could definitely bring any hidden tension out into the open. On the one hand this could be an amazing boost of energy and motivation and help us move past some blocks. On the other hand it could bring up some deeply buried anger and aggression and create some rather volatile situations. It is important to remain mindful during this time and be aware that some rather irrational emotions could rise to the surface.

I sense that this is a very significant Moon indeed. It is a truly wonderful time to revisit old trauma and release it, which is exactly what I have already planned to do! It’s amazing how life works out sometimes. Sagittarius will help us see the bigger picture and understand how everything that has happened to us so far has helped us to become the person we are today. Saturn, Chiron and Venus will help us heal issues of self-worth and make any problems in our relationships very obvious. Mercury is also retrograde in Cancer at the moment which is causing us to revisit old memories and look back into our emotional past. It is also hindering communication somewhat and making people a bit oversensitive. There is quite a retrospective feeling around and this is an ideal time to examine and let go of the past. The Sabian symbol for this Full Moon is “A Group Of Immigrants As They Fulfill The Requirements Of Entrance Into The New Country”. This brings with it the hope of being able to bring about a new way of being and a start a new life. So, as we go back and release the past and the hold it has on us it will allow us to move forward and forge a new path. What a wonderful opportunity we are being given here!