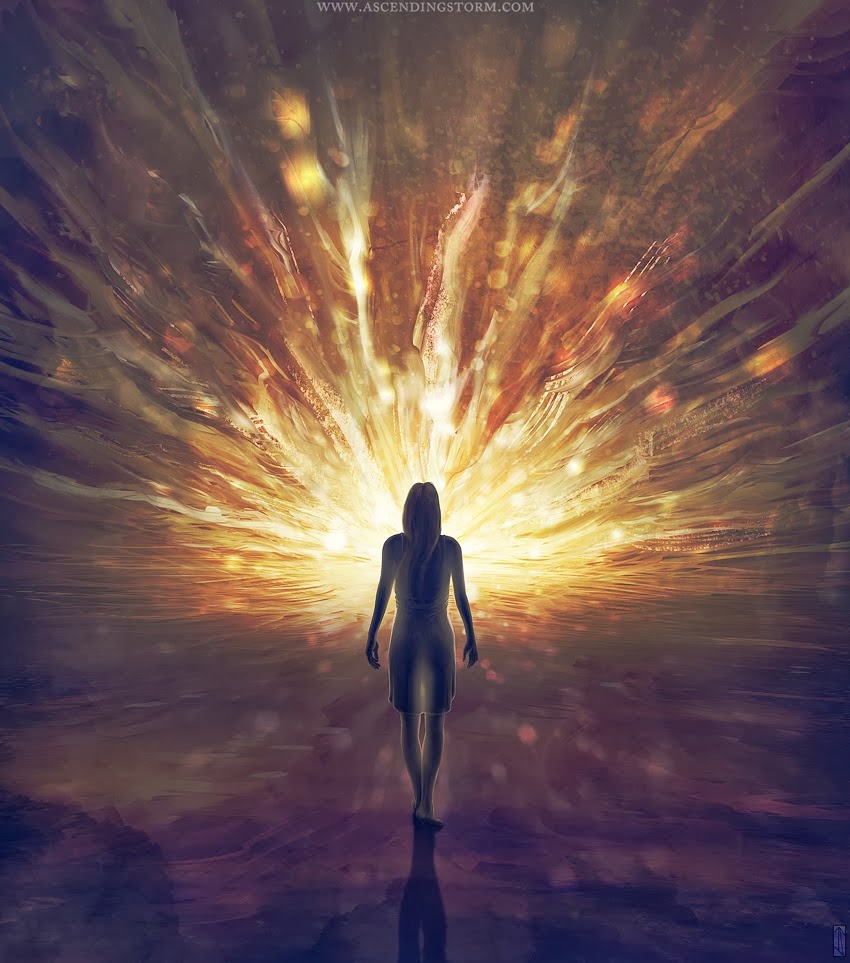 This is the second New Moon of this month and is also a Supermoon, which gives it an extra punch! The moon is closer to the earth than your average Moon which greatly increases the impact it has on us. New Moons represent the time on the month when the Sun (our conscious will) and Moon (our unconscious, instinctual nature) form a union in the heavens and create new life – planting a seed which will blossom and grow over the course of the next couple of weeks. It may have been floating around in the back of our minds and now it becomes conscious. The Sabian symbol for the degree of Aquarius in which the Sun and Moon are sitting is “During a silent hour, a man receives a new inspiration which may change his life”. This holds the sweet promise of some wonderful realisations and breakthroughs, though the process may not necessarily be comfortable! New Moons are a perfect time to set intentions and this one is no exception because we are being asked to think outside of the box and envision a different way of doing things. We are venturing into unchartered territory, stepping towards a future that is brighter than our limited imaginations could possibly foresee! The old way has crumbled away and it is time to be bold and daring and try something new even though it is like nothing that we have experienced before.

Aquarius is the theme of this New Moon – the water bearer who gives spiritual life to the world and pours water from a vessel which washes away the past and makes way for a fresh new start and a brighter future. Aquarius is the visionary who sees the world as it could be, with all people equal and combining their talents and abilities together in order to work towards a common goal. The individual ego is set aside in order to create something far bigger than ourselves – utopia.  This is an incredibly humanitarian sign who thinks a lot about the group, the community and the world and truly wants to make the world a better place. He thinks outside of the box and can envision a world truly based on the concepts of liberty, equality and fraternity. Aquarius is eccentric, unconventional, non-conformist, rebellious and most definitely marches to the beat of his own drum! He is fairly detached and objective and has the ability to look at things from the bird’s eye view. This New Moon gives us a chance to look at our lives from a fresh perspective, with new awareness, and to break free from the shackles of our own limiting beliefs, patterns and behaviour. Aquarius is the master of non-attachment and so this is also a perfect time to take a leaf out of his book and let go of any unhealthy attachment we might have to a belief, person, relationship, situation, feeling or outcome. What will be will be and things are as they are. Holding on doesn’t help anyone.

Uranus, the Great Awakener, is playing a big part in this Moon and as he is the ruler of Aquarius this gives a double dose of the same liberating, insightful energy and brings with it the possibility of experiencing some kind of a jolt or a jumpstart. We may have some profound breakthroughs and moments of clarity and inspiration coming like bolts out of the blue. Uranus in Aries wants us to move past our own limitations, letting go of fear and daring to be exactly who we really are, even though what that is may surprise us somewhat! Uranus tends to really blast through blocks, clearing away anything standing in our way, whether that be old behaviour patterns, early conditioning, unhealthy relationships, limiting beliefs or fear of change. He cannot abide stagnation or unhealthy ruts and pushes us to step outside of our comfort zones and try something else on for size. And as uncomfortable as that may be initially, ultimately we will feel the liberating, exhilarating feeling of change as we shift into a new way of being.  This Moon could be the push we need to make necessary changes in our lives.

Pluto is once again a major player in the Moon as he is forming a conjunction to Venus and an opposition to Jupiter in Cancer. Venus, the planet of love, beauty, money and relationships, is about to turn direct in Capricorn after being retrograde since December 21st, and as she does so she joins forces with powerful, transforming Pluto! After a period of review and reflection on our relationships, Pluto then strips them down to the bone, leaving us transparent and exposing the underlying truth of the matter. He also brings up issues of power and powerlessness and shows us where we might be giving our power away. When Pluto is involved with Venus we could experience the not so pretty side of relationships such as jealousy, possessiveness, power games, manipulation, vindictiveness and emotional drama. Ultimately, however, Pluto in Capricorn wants us to stand with integrity and authenticity and demands emotional honesty, asking us to dig deep and find what really matters most. What really lies at the heart of the matter when it comes down to it? He wants us to own our power, not give it away or take it from someone else. He has a habit of tearing away the veils of illusion and exposing the rot, so when he combines with Venus he could well make things pretty raw and real in the realm of our relationships, but ultimately it will allow us to see the wood for the trees. Venus is now in direct motion again, so it is time to look forward and build on all we have learned in the past few weeks!

Pluto opposite Jupiter in emotional Cancer may well involve a transformation of our beliefs and a big attitude adjustment, especially in the realm of our family and inner world. This is another chance to move through any blocks which might be preventing us from finding true happiness and fulfilment. We may find ourselves having to confront old behaviour patterns which don’t serve us any more as situations or people bring our old coping mechanisms and emotional conditioning to the fore. This is a perfect time to recognise these blocks and how they prevent us from functioning properly in the world and being the best that we can be. The nature of oppositions is such that we are likely to experience these inappropriate emotional patterns through our relationships with others, so it is possible that power struggles or confrontations could bring up some pretty strong emotions over the next couple of days! This opposition could challenge our beliefs and make us acutely aware of how we handle power and how we get in our own way, helping us make necessary adjustments and move towards a healthier relationship with ourselves and others.

This Moon does seem like a chance to not only look at our lives from a fresh perspective but also to actually live it. There is the potential for some really big shifts and changes and the chance for us to step outside of our comfort zones and try a different approach – something that we have never tried before. A lot of people have been put through the meat grinder somewhat in the past few weeks and this New Moon definitely signifies a lifting of the energy and the potential for a fresh new start. It is time to play with our inner Aquarius and try a more experimental and unorthodox approach. Why not? The old way obviously doesn’t work anyway! It is time to step way outside the box and while this might not be particularly comfortable it could also be quite exciting and exhilarating! There is some strong transformational energy around during this Moon as Pluto is playing such a big part and it is our choice whether we get sucked into drama or whether we harness the energy and initiate change and shift our energy and beliefs.  It is quite possible that we will experience some quite refreshing insights into our lives during this moon and we have an opportunity to blast through some blocks and walk towards a much brighter future. Where we are headed isn’t anywhere we have been before and so, above all, we must keep an open mind. With Aquarius is involved, who knows what might be in store?!